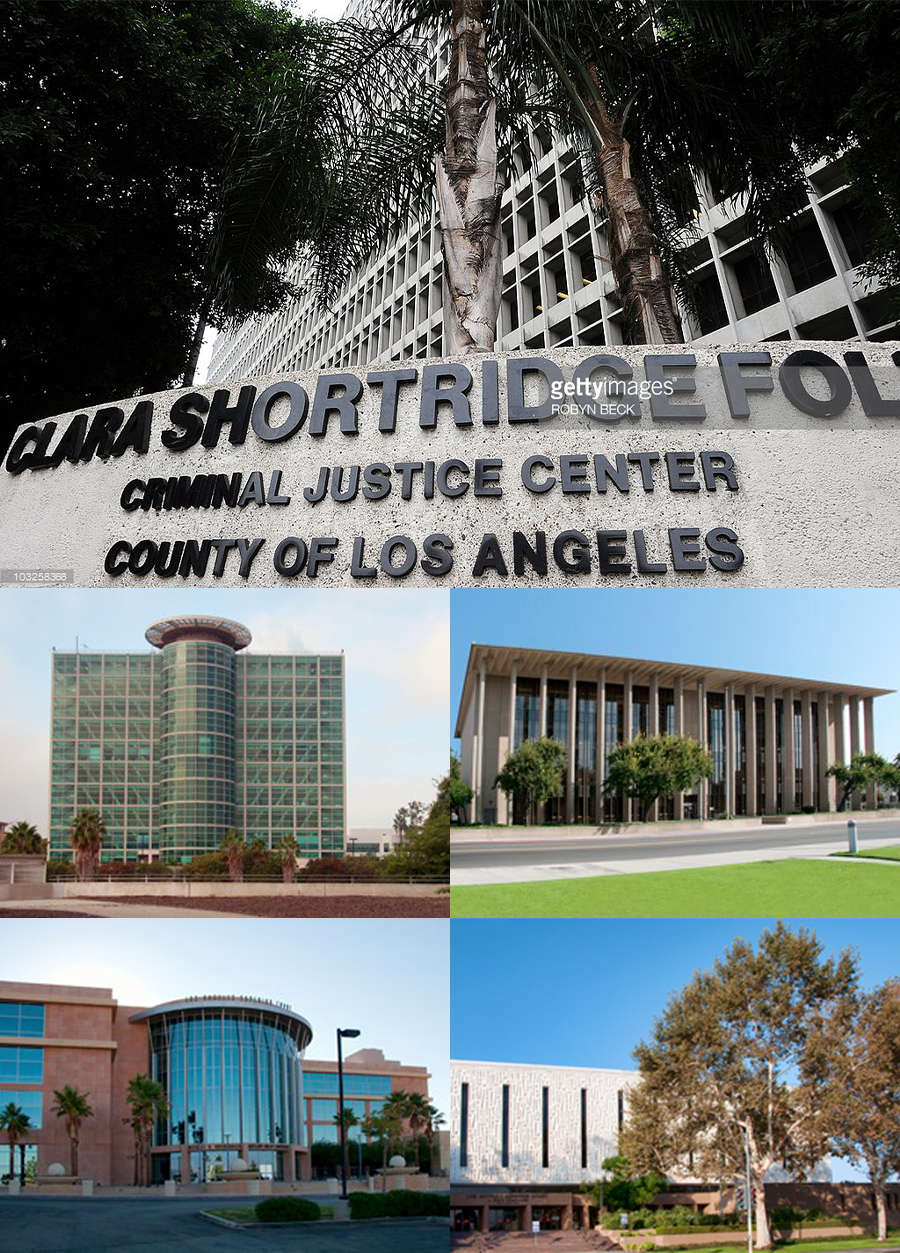 In a criminal jury trial the People must obtain a unanimous verdict of 12 to 0 in order for the defendant to be found guilty. Thus, all 12 jurors must vote guilty. This is similar to a federal civil trial in the United States District Court system where a plaintiff must receive a unanimous verdict in order to prevail, such as 6 to 0 or 8 to 0. In the California state court system a plaintiff in a civil trial can prevail if the jury votes at least 9 to 3 in the plaintiff's favor.

As a result, when prosecuting a case on behalf of the People the prosecutor must prove every part of the case beyond a reasonable doubt, and all 12 jurors must vote guilty.

In 2020, in addition to a jury trial in January and a non-jury (Judge) trial in March, which were completed prior to the COVID19 Pandemic preventing jury trials from taking place, Mr. Aune completed continuing legal education (CLE) in 2020 to further improve his jury trial skills. Through the Trial Advocacy Group (TAG) he completed the following CLE programs which focused on the importance of the rules of evidence prior to and during trial, the hearsay rule, and jury selection:

The case was originally set for Criminal Jury Trial and by way of an agreement between the parties a Bench Trial was held. A defendant has a constitutional right to a jury trial in criminal cases but the defendant can agree to waive it.

As a Pro Bono Prosecutor/Deputized Los Angeles Deputy City Attorney Mr. Aune represented The People of the State of California in this criminal jury trial. Defendant is represented by the Los Angeles County Public Defender's Office.

Mr. Aune completed a three (3) Day Criminal Jury Trial to Verdict at the Airport Courthouse (LAX). Mr. Aune, as a Volunteer Prosecutor/Deputized Los Angeles City Attorney and on behalf of The People of the State of California, obtained the Verdict of Guilty as to Four (4) Separate Counts of Resisting a Police Officer, California Penal Code Section 148(a). The crime was committed against four different Los Angeles World Airports Police Officers. The Defendant was represented by the Law Offices of Los Angeles County Public Defender.

Case Name: The People of the State of California v. Fisher.

The Jury reached a verdict of Guilty against the Defendant on all four (4) counts of violation of Penal Code Section 148(a) of Resisting, Obstructing, or Delaying a Peace Officer in the performance or attempted performance of his duties as to four (4) different LAX Police Officers. The crime occurred when the four Officers were detaining and arresting the Defendant. The jury was required to find the Defendant guilty beyond a reasonable doubt, the highest standard of proof in the American justice system, which it did, and all 12 jurors had to vote unanimously, as they did 12-0.

Thus, Mr. Aune obtained a verdict of Guilty as to four different counts Penal Code Section 148(a) of Resisting, Obstructing, or Delaying a Peace Officer, which were committed against four different Police Officers.

The jury reached a verdict of Not Guilty as to Battery on Police Officer No. 1 in violation of Penal Code Sections 242, 243(b).
Thank you for the service of the 12 jurors who were selected to make up the jury, including the two alternate jurors, the prospective jurors who participated in the trial jury panel, and the approximately 40 prospective jurors selected from the venire, the jury pool, and who were assigned to Dept. 90 on January 6, 2020 as part of their jury service.

During jury selection Mr. Aune had a motion "for cause" to exclude a jury GRANTED by the Court outside the presence of the jury.
Opening statements were made by Mr. Aune and the Defense on Tuesday, January 7.

Closing Arguments were completed by Mr. Aune and Defense Counsel on January 8, 2020.

The jury deliberated for approximately one hour before reaching its verdict.

On December 20, 2019, completed to jury verdict a seven (7) day Criminal Jury Trial at the El Monte Courthouse in Los Angeles County. The Jury Trial took place on December 12, 13, 16, 17, 18, 19 and 20. The jury's verdicts were not guilty for Sexual Battery and the lesser included offense of Battery under California Penal Code Section 242. The Defendant was charged with the crime of Sexual Battery, a violation of California Penal Code Section 243.4(e)(1). The jury needed to find the Defendant guilty beyond a reasonable doubt, which is the highest standard of proof in a court of law.

Thank you for the service of the 12 jurors who were selected to make up the jury, including the two alternate jurors, the prospective jurors who participated in the trial jury panel, and the approximately 42 prospective jurors selected from the venire, the jury pool, and who were assigned to Dept. 4 on December 12,13 and 16 as part of their jury service.

On December 11 The People's and the Defendant's California Evidence Code Section 402 motions, motions in limine to exclude or admit evidence outside of the jury's presence, were heard at the El Monte Courthouse following the case being sent out for jury trial from the Airport Courthouse (LAX). Mr. Aune argued for the Prosecution's motions and Defense Counsel Fay Arfa argued for the Defendant.

Voir Dire, jury selection, took place on December 12, 13, and 16 with the jury being empaneled and sworn in on December 16.

Opening statements were made by The People and the Defense on December 16 also.

The People called two witnesses on its Case-in-Chief, the Witness and a Los Angeles Police Department Detective. The People also put on evidence of a video/audio cell phone recording the Witness made with her cell phone during the incident without the Defendant's. knowledge

The Witness's cell phone video/audio recording was admissible evidence because the Court GRANTED The People's Evidence Code Section 402 Motion to admit the recording. California Penal Code Section 632(a) is a statutory prohibition against the recording of a confidential communication without the consent of all parties. Per the statute, evidence obtained in violation of Section 632 is inadmissible in any proceeding. Penal Code 632(d). However, because the recording was (1) made by a crime witness serendipitously while the crime was being committed, and (2) the witness was not acting as a government agent or officer when the recording was made, the recording was admissible evidence. See People v. Algire (2013) 222 Cal.App.4th 219 and the Truth-in-Evidence provision of Article I, Section 28, subdivision (f)(2) of the California Constitution.

Approximately 28 exhibits were entered into evidence during the trial, including (1) a cell phone audio/video recording taken by the witness at the crime scene, and (2) surveillance footage taken at the crime scene at a commercial building on Olympic Boulevard in Los Angeles.

Closing Arguments were made by Mr. Aune and Defense Counsel on December 19 and 20.

11701 S. Cienga Blvd., Los Angeles, CA 90045
A criminal complaint is merely an allegation and all defendants are presumed innocent until proven guilty beyond a reasonable doubt, that standard of proof in a criminal case in a California, in a court of law.

The case went to the jury with the Defendant being charged with Two Counts for his alleged assault and battery of his co-worker, the victim in this case. The charges were (I) Assault by any means of force likely to produce great bodily injury (PC Section 245(a)(4); and (II) Battery (PC Section 242).

The jury deliberated on September 12 and September 16 before reaching a verdict of not guilty.

Defense moved to suppress evidence regarding the LA Airport PD stopping and searching a suspect in the area of 9714 Glasgow Place, Los Angeles, California. The suspect was stopped by the police for trespassing on private property. The stop, search, and arrest were made on Los Angeles Airport property without a warrant. During a cursory pat-down search of the Defendant the arresting officer discovered crystal methamphetamine on the Defendant's person.

The People had the arresting office testify at the hearing. The People and the Defense entered exhibits into evidence. Following the hearing he Court held that the police officer's search was proper because (1) There was reasonable cause to detain the Defendant and (2) the Terry pat-down of the Defendant was justified. Defendant has been charged with Possession of Controlled Substance (Methamphetamine), California Health and Safety Code Section 11377.


The jury returned a verdict of Not Guilty on the single count of Battery. The jury deliberated for approximately 3 hours. Deliberations were stopped at one point to address a hung jury issue. Both the People and the Public Defender requested that the Court order the jury to continue deliberating.


Defendant was charged with beating an elderly male victim at a bus stop in the Chinatown area of Los Angeles while the victim and his wife were waiting for their bus to arrive on a Sunday afternoon. The People called three witnesses, the victim, his wife and a Los Angeles Police Department Officer who made the arrest. The Defendant took the stand for his defense.


During jury selection the Court denied the Defense's race based Batson-Wheeler motion after the People used a peremptory challenge to exclude a juror who was African-American, the same race as the Defendant. The Court denied the Batson-Wheeler motion because there was another potential juror who was African American, the juror stated during jury selection that he felt the system treated his daughter unfairly when she was convicted of a DUI, and that the People argued the same in their challenge for cause regarding the same juror.


During the trial the Court granted the People's California Evidence Code Section 402 Motion to Preclude the Defense's Expert for Testifying at Trial.

The jury returned a verdict of guilty for the charge of Violation of Court Order - Protective Order or Stay Away Order (California Penal Code Section 166(c)(1)) :

Defendant and Victim have one child together. A Criminal Protective Order-Domestic Violence was issued on March 29, 2016 as a result of Defendant's 2016 conviction in a domestic violence case. On January 11, 2017, Defendant went to the Victim's home and violated the Criminal Protective Order-Domestic Violence by coming within one-hundred (100) yards of the Victim.

The People's Complaint also contained the charge of Trespass:Entry Into Dwelling (California Penal Code Section 602.5). However, the Victim did not appear at the trial to testify and The People had to dismiss the charge as a result.

Assigned to serve as a volunteer prosecutor through the Los Angeles Office of the City Attorney to conduct jury trials at the Clara Shortridge Foltz Criminal Justice Center located at 210 West Temple Street, Los Angeles, CA 90012.

Defendant was charged with Grand Theft and Petty Theft. Incident occurred at a Transportation Security Administration (TSA) Passenger Screening area at the Los Angeles International Airport (LAX). The arrest was made by the LAX Police.
After the People completed their case-in-chief the Court granted the Los Angeles City Public Defender's Office's California Penal Code section 1118.1 motion to dismiss for insufficient evidence based upon the arguments of the Court and the Public Defender's Office. The People vehemently opposed the motion. The Court held that there was not sufficient evidence to show that the defendant had the specific intent to commit the theft.

Defendant was charged with Intentional Interference with Business Operations under the California Penal Code. The incident occurred inside of a Starbucks in the City of Los Angeles. The arrest was made by the Starbucks nightshift manager by way of a Private Person's Arrest.

The People called three witnesses in their case-in-chief. The People called two Los Angeles Police Department officers and the Starbuck's Nightshirt Manager. The People admitted three exhibits into evidence during the jury trial which included the Private Person's Arrest Form. Starbucks was the victim of the crime of Intentional Interference with Business Operations.